Female fertility is a hot topic. Women are constantly reminded of their biological clocks and warned about the risks to fertility of diet, alcohol and stress, but there is a gradual dawning that men, too, should plan their families sooner rather than later.

Adam, a 36-year-old chef from London, discovered that he was infertile while he and his wife Charlotte were living in Hong Kong.

He was handed his results on a piece of paper while waiting to see the doctor, most of it indecipherable but for the word ‘azoospermia’.

Inside the consulting room, the doctor said bluntly, ‘You can make love but no baby! Not ever!’ Adam went home and cried.

It is devastating for any couple to learn they may never have biological children, but when the problem is found to lie with the man it can be even more difficult to deal with, as it is harder for men to access support and find the right treatment.

Adam and Charlotte had been trying to conceive for a year and, although Charlotte was only 27, they had every reason to suspect she was the cause.

Female fertility is a hot topic. Women are constantly reminded of their biological clocks and warned about the risks to fertility of diet, alcohol and stress. (In their year of failing to conceive, Charlotte had lost weight, taken up exercise and quit a stressful job in case it was the problem.)

Women are all too aware of the pressure to start their families young, or freeze their eggs for future use, whereas male infertility is rarely discussed.

When Adam and Charlotte took their diagnosis of azoospermia (which means ‘absence of motile sperm in semen’) back to the UK, they discovered that the whole fertility world is geared towards women.

‘At the first clinic we went to all the doctors were gynaecologists,’ says Charlotte. ‘None was trained in male fertility.’

At this point, she threw herself into her own research. ‘I was struck by the lack of information about men’s fertility,’ she says.

‘There was nothing on the internet – no lifestyle stories detailing people’s experiences, just a big blank. It felt as though it was just us.’

In fact, there is a gradual dawning that men, too, should plan their families sooner rather than later.

Not only is there concern that sperm quality and quantity are decreasing throughout the developed world, there’s also mounting evidence that late fatherhood (from 45 onwards) has risks attached for the health of the child.

That’s why bioethicist Dr Kevin Smith, from Abertay University, Dundee, made headlines last year by suggesting that 18-year-olds should freeze their sperm for later life.

Sheena Lewis, emeritus professor at Queen’s University Belfast, has been working in the male infertility field for 30 years and believes we’re in a ‘male fertility war zone.

‘A massive 40 per cent of fertility problems involve men – yet fertility has always been seen as the woman’s department,’ she says.

‘Fertility specialists in the UK tend to be gynaecologists. Andrologists and urologists – specialists in male reproduction and reproductive organs – are marginalised here, which is not the case in other countries.’

The stream of male celebrities who have started families in later life has lulled men into a false sense of security, according to Professor Lewis.

Paul McCartney and David Jason both had children at 61, Rod Stewart and Clint Eastwood at 66.

‘These superstar dads make people think fatherhood is as easy and natural at 60 as it is at 20,’ she says. ‘Well, it really isn’t.’

‘If an older man with fertility issues is with a much younger woman, then her eggs have a good chance of overcoming the problems,’ says Dr Gillian Lockwood from the Midland Fertility centre – this explains those superstar dads.

But most men partner women within five years of their own age.

‘So when you have a man in his 40s and a woman in her late 30s, there are more likely to be problems on both sides.’

‘The question of sperm quality is even more important,’ says Professor Lewis.

‘People tend to believe all sperm are of equivalent quality – though we’re all aware that egg quality declines for women.

‘Studies have shown that the children of older fathers are more likely to suffer mental disorders as well as a greater rate of childhood cancer.’

Age aside, there’s also concern that sperm quality and quantity is decreasing across the board.

Recent research from the University of Copenhagen suggests that unhealthy lifestyles are ‘written into’ sperm – so, for example, obese men could pass on obesity to their children.

And last year, the annual meeting of the European Society of Human Reproduction and Embryology heard that just 25 per cent of young men have optimal semen quality, while 20 to 30 per cent have reduced numbers and quality of sperm.

A further ten to 15 per cent have sperm counts low enough to require fertility treatment should they wish to become fathers.

One possible explanation is the volume of manmade chemicals in the environment that mimic female hormones. (Exposure in rivers has been shown to ‘feminise’ male fish.)

Then there’s stress. Some studies suggest it can affect sperm concentration, appearance and ability to fertilise an egg.

Russell Davis, 44, is certain it was a factor for him. Russell and his wife Lucy were both in their early 30s and had been trying for a baby for a year when he was sent for tests.

Until then, the focus had been on Lucy, who had struggled with polycystic ovary syndrome, a hormone-related disorder that can impact fertility. However, when numerous tests came back clear, the attention eventually turned to Russell.

‘My sperm was tested for volume, mobility and morphology – and all three were disastrous,’ he says.

‘I had hardly any sperm at all, and the ones I did have were either badly deformed or weren’t moving. It was a huge blow.

‘My wife was born to be a mother – she used to be matron in a boarding school and is now a youth worker. I felt I was stopping her from fulfilling her destiny.’

Diet and lifestyle changes made no difference, so what followed was a kind of grieving and then a ‘coming-to-terms’ process.

‘I’d been counting on a family to make me happy,’ says Russell. ‘Now it seemed that wasn’t going to happen. I couldn’t have children, so I tried to think of other things I could fill my life with.’

Russell resigned from his job and the couple began fostering children for respite care. They made plans to sell their London home and go travelling.

It was at this point that Lucy became unexpectedly pregnant. Their son Ewan is now eight. Russell is convinced this happened because the pressure had fallen away.

Nutritionist Melanie Brown specialises in male infertility and says there is much men can do to boost fertility.

‘A lot of men are told there is nothing they can do and that’s very disempowering,’ she says.

‘You get a lot of success from just losing weight. Yesterday I saw a client who was obese, but no one had told him this might have an impact on his fertility.’

Often, Melanie will refer her clients to a urologist for hormone tests and infection screening, then she’ll work on diet and lifestyle, covering everything from hot baths (bad) to boxer shorts (good), smoking, over-the-counter medication such as antihistamines, weight loss and the benefits of a high-antioxidant diet. (Some of her clients refer to her prescribed salads as ‘egg and sperm salad’ and eat them five times a day. There are glowing testimonials on fertility forums.)

‘There’s more stigma for men,’ says Melanie. ‘Women cry it all out; men have to be dragged here.

Adam definitely struggled with this, remembers Charlotte. ‘He was pretty depressed,’ she says.

‘He often felt I’d be better off without him, and lots of that was tied up with notions about “being a man”.’

Many of their friends are starting families, she explains, and there’s always talk about ‘super-sperm’ and much praising of the husband’s virility when one of the wives gets pregnant.

‘Adam usually couldn’t care less about masculinity,’ she continues, ‘but being infertile really threatened his perception of himself.’

One option put forward for Adam when they returned from Hong Kong was surgical sperm retrieval using a fine needle and syringe, followed by IVF, though the consultant gave it only a three per cent chance of success. Another was donor insemination, but they were reluctant to do that.

In one key aspect, Charlotte and Adam were fortunate – they’d started young.

For them, the turning point came when they discovered the urologist Jonathan Ramsay, who is revered on fertility forums, and made an appointment to see him at the London Clinic.

‘The costs were astronomical,’ says Charlotte. ‘It was £200 per appointment, £450 for blood tests, £700 for sperm analysis and freezing…

‘We spent £4,000 last summer alone. But Mr Ramsay was brilliant and the first person we’d spoken to who seemed to know anything and everything about male fertility.’

Adam was prescribed a cocktail of drugs, including Clomid, which is widely assumed to be for ‘women only’ as it’s used to stimulate ovulation, but which can also increase sperm production.

A cycle of ICSI (a form of IVF) followed, where Charlotte’s eggs were collected then injected directly with a single sperm.

To their delight, eight eggs fertilised and two were transferred back to the womb. Two weeks later, the couple discovered that Charlotte is pregnant (their twins are due in June).

‘We may never know the cause of Adam’s condition,’ says Charlotte. ‘The research is shoddy and genetic testing is expensive. I just feel lucky that we found out so early.

‘On internet forums, I see women in their late 30s going through round after round of treatment while battling against the clock.

‘I feel angry that we had to fight so hard to make it happen – it seems you need to do your own research to get the best possible outcome.’

Allan Pacey, professor of andrology at the University of Sheffield, agrees that the imbalance is a problem.

‘There are no great treatments for men – we stumble across them left-field.’

The only breakthrough on the horizon is the possibility of growing sperm in a lab for men who don’t have any. (A French team claimed to have done so last year, though this is yet to be verified.)

For men wanting a test that goes beyond fertility to check sperm quality and DNA damage, Professor Lewis has developed the SpermComet test, which is now available in various clinics.

‘Men have been marginalised,’ says Professor Lewis. ‘It’s as if all they need to do is produce one sperm and that’s it, job done.

‘No one has questioned quality, no one has told men that, when they’re in their 20s, they need to think about when they are going to start a family just as women do. 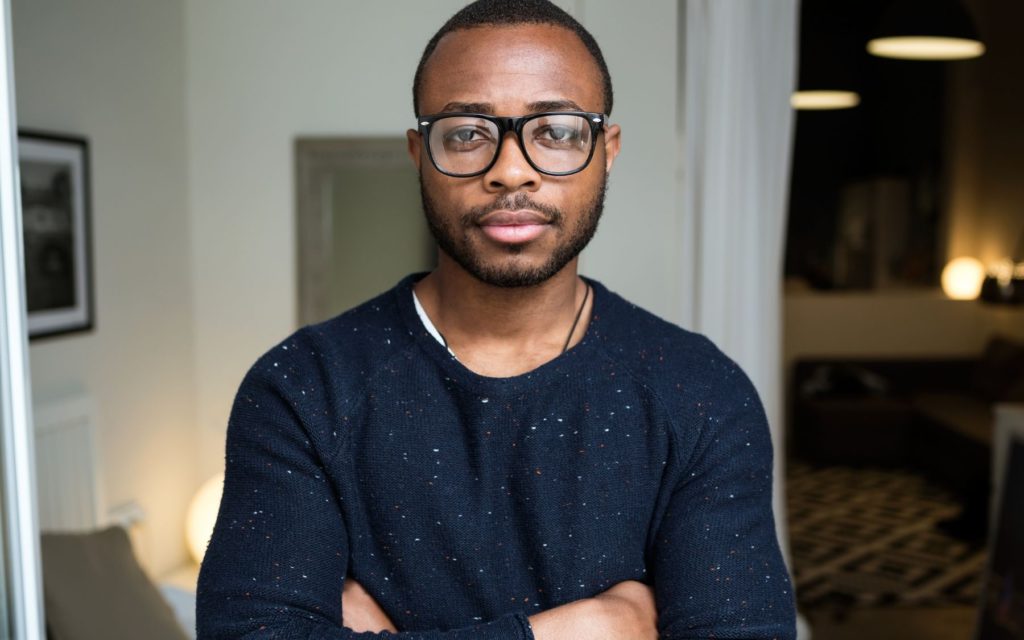 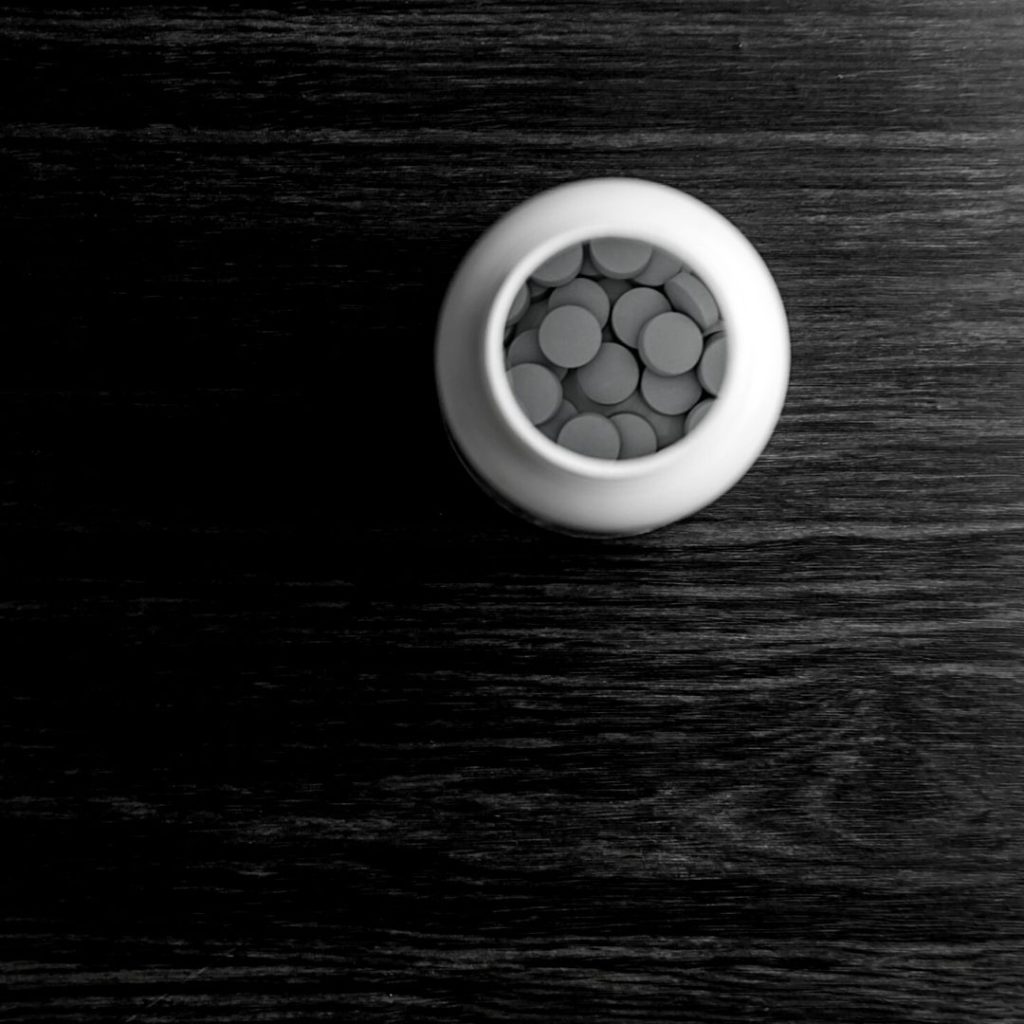 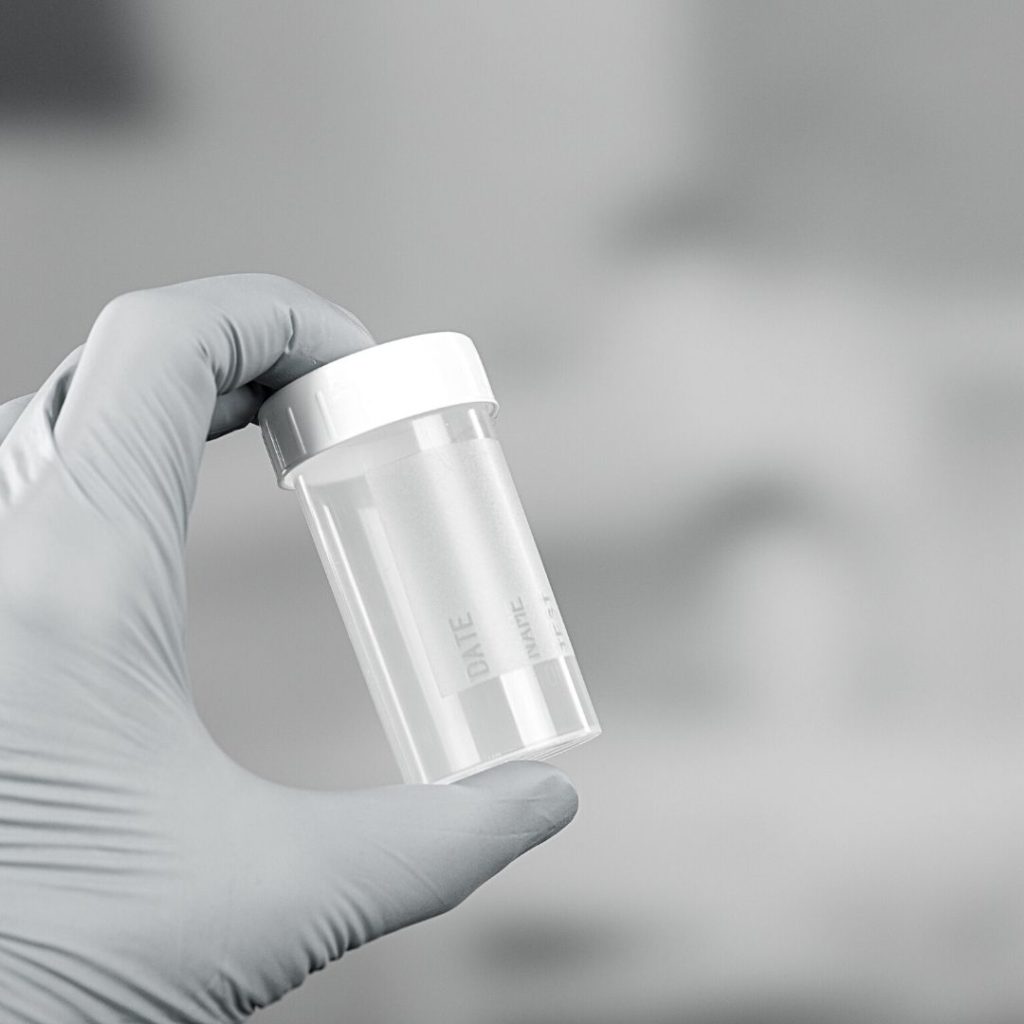